A Balancing Act.. the true story of Harry learning to walk

I had some fun tonight playing around with the iMovie program on my Mac.

The most footage I had was of Harry trying to walk over the course of this year .

I think I did an OK job…next project Learning to Talk!

How to describe what a cochlear implant recipient hears

I often get asked ” how much can he actually hear”….

My standard answer is “80-90% of what we can hear”. So pretty much everything as long as his brain decides to interpret it.

This notion of mine that a lot of what Harry hears is down to interpretation or decoding by the brain was put into much better words than I could ever write by another parent of a CI kid. So in his own words ….

” I need to apologise for ripping this from someone else and I’ve seen the analogy elsewhere talking in terms of pixelation on cameras but it all boils down to the same thing, CI’s are not normal hearing. … so I’ll try to make a visual picture that relates to the way sound is heard by a child with a cochlear implant. Suppose that you have to identify a four-legged animal, and you’ve not seen that animal before but you have to figure out what it is. Maybe you have to draw it. Maybe you have to learn the name for it.

Now that animal is standing in back of a bunch of trees. To see that animal, you have to look through tree trunks that are hiding big parts of that animal. Now, if you were looking through those trees with the equivalent of a hearing aid, you could probably only see the tail end of that animal because you could only hear the low frequencies with that
hearing aid. With a cochlear implant, though, you can see pieces of that animal’s head, pieces of its neck, its legs, its body, pieces of its tail end, but you still are missing pieces in between each of those that you see.
The reason I’m bringing this up for you to think about is because

it’s important for us to realize that children who are using cochlear implants still don’t see the whole animal. They see more of a range of that animal but they have to use their brains. They have to use what they already know about the world.

They have to use their cognitive abilities to fill in those gaps to be able to put together a picture of that whole animal. That’s the kind of task that a child is facing using a cochlear implant. “ Dr. Patricia Spencer, Professor, Department of Social Work, Gallaudet University

This explains rather well where the technology has to get to, like improving the camera on your phone, it’s possible it’s just the next round of upgrades. We often hear of children enjoying music but struggling with complex sounds and harmonies. ”

Today Professor Graeme Clark was awarded the 2013 Lasker~DeBakey Clinical Medical Research Award ( click here for the details) along with his fellow scientists Ingeborg Hochmair (MED-EL, Innsbruck), and Blake S. Wilson (Duke University), for the invention of the Cochlear Implant.

Please watch this video (http://www.laskerfoundation.org/awards/2013_c_interview_clark.htm) it is a very profound and humble short documentation of the genius of the three scientists and how their perseverance and determination has changed hundreds of thousands of lives around the world. 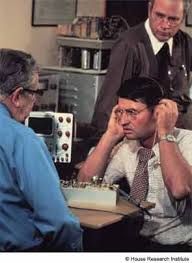