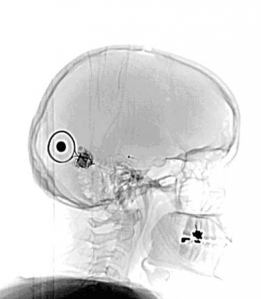 The life of a CI kid’s family appears to me to still be a roller coaster of emotions. It has now been 20 months that Harry has been hearing and we have survived a winter without incident.  The latest appointment with our ENT was no more than 4 mins long and we left with a huge smile, as internally everything appeared to be perfect. We made a comment to our surgeon that Harry was starting to get fussy about putting his ears on in the morning but once on he was fine. Our ENT remarked that we should just do what we needed to get them on and not to be concerned that we had resorted to bribery through use of TV or I Pad to assist us.

It was almost as if the last 4-5 months of normality was cursed by throwing in a Specialist appointment, as that following week Harry got progressively more annoyed with his ears to the point where at school it was taking them over half an hour and three teachers to get them back on after his afternoon rest.

I put in a call to the Cochlear Implant Clinic and they scheduled some immediate Mapping for Harry (checking the sound levels and electrode functions by computer). It is a hard call to know whether the issue is a sudden shift in behaviour or a technical glitch. Sometimes a mother’s instinct just doesn’t kick in and I was at a loss as to why this was happening.  Harry was not a kid that got annoyed by his ears. He had always been extremely compliant.  Checking the Mapping would allow me to rule out a fault in the sound levels and focus on his behaviour if that was the issue.

It turned out that Harry had developed sensitivity to some high frequency sounds on his left side. He was getting agitated by the high volume he was accessing these sounds just on that side. The session at the CIC aimed at reducing the sound levels right down on the left to a place he was comfortable with at this point. Before we arrived at this conclusion we went through the stress of taking Harry for an X-ray to make sure none of his recent falls had dislodged the electrodes internally. Dan and I had become somewhat complacent about Harry falling on his head. His “balance challenges” mean he falls a hell of a lot and his threshold to pain seems to be extremely high. We just pick him up and brush him off these days and move on with the next activity. But in actual fact some of those falls could result in damage to the internal components and our lesson here was to perhaps pay more attention to changes after each falling incident that results in his head colliding with the ground!  It was extremely fortunate in this instance the X-ray proved to be clear and there was no issue with the internal pieces. Thank goodness, as the outcome would have been more surgery. So the Clinic set about changing his levels to make it more tolerable for him.

Of course I tried to find out why this had happened. Is it not possible we can go through a year without hiccups and incidents? Does there always have to be a drama? I am sure for many parents when their child decides not to put the CI’s on for a day they just resign themselves to it and try again the next day. For some reason his defiance makes my blood boil and I see red. Thinking of everything we go through as a family to give him sounds I can’t bear to be defeated. So when the headband is hanging on a door handle and is not on his head it creates a drama in my mind! Given my reaction to his world of silence, I was determined to get the audiologist to give me a scientific reason for this need to change his sound levels. But, they couldn’t.

There are so many unknowns with the toddlers. Thinking about how much physical change goes on with them to grow and become people, is it any wonder that occasionally there is a need to adjust their volumes? Of course it doesn’t affect all of them, but for some reason unknown to us all, Harry now is only able to tolerate 40% less volume on his left side for the high frequency sounds.  The left side is coincidentally the site of the infection from last year- and no-one can say if that is linked or coincidence. Mastoiditis (the infection he had) is rarer than being profoundly deaf.  One needs to be pragmatic and focus on the fact that this change in sound levels shouldn’t really matter. 7 or 8 years ago newly implanted kids were only ever given one implant and managed to learn to speak and listen perfectly well. He’ll be right Mate. 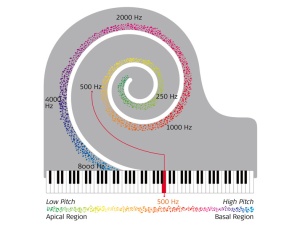 Overall I can pick up that in the last few weeks of this lower sound level there has been a decrease in the accuracy of Harry’s speech. Some of his regular words are starting to sound the same. I can’t tell the difference between “Bubbles” and “thank you” but his listening is still on track and I can tell he understands everything fine.  It also hasn’t stopped him repeating new words, which is the huge stepping-stone to language he is accessing right now. He has started to use words to get what he needs. Utilising verbs such as “Help” and “fix” in his play routines means he can verbalise what he would like to achieve. Spontaneously saying “Thank you” when he is given something makes me go all warm and fuzzy inside. His latest leap has been when you ask him to choose between two activities without any visual clues he is clearly repeating the activity he wants to undertake.

Given all this progress my primary question to the Audiologists had to be whether it would go back to the same level it was at in July.

Their response to my question was simply that Harry would slowly start to build a tolerance to the high-pitched sounds and therefore allow an increase in volume over time. If not, the brain will learn to interpret speech at that volume.

I guess either way he will get there in the end. 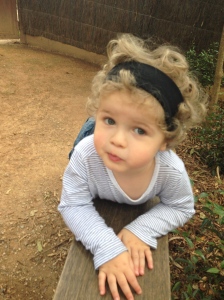 2 responses to “Words are just noise”