As a reader do you ever wonder what would happen if Harry had sore ears? 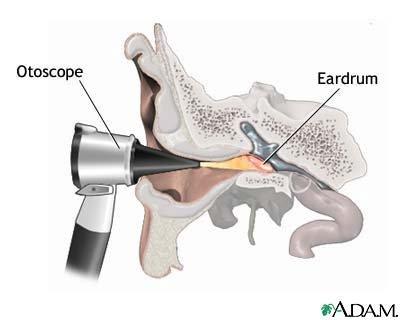 By that I mean regular ear infections, the stuff kids get all through the early years, especially when they start school. It was something I thought about when I was about to enrol him in swimming lessons for next Term- well “water familiarity” they call it rather than real lessons. He loves the water so much in the bath for me it was a natural progression.

But then this week, poor old Hazza caught a virus off sister #2 and it went straight to his ears. It also went straight to her ears, so the virus didn’t show favouritism towards the CI kid. In this case the ear infection brought with it fluid in the middle ear and according to our ENT specialist it can take a while for the fluid to drain away. So I am putting the pool on hold for now.

What has been a remarkable insight through this whole week of fever and sniffles and visits to GP’s, ENT’s and the like has been Harry’s inability to use his CI’s.

Every time I have tried to put on his headband he has started crying. For sure, his ear area is tender (I get the same response from the digital thermometer being inserted) but I wouldn’t have thought the pressure of the headband would make this worse. I have persevered everyday in case he is ready but we are still not there yet. It was not until we were at the Cochlear Implant Clinic where Harry was checked over by his surgeon that I was told that the

Mapping can sound distorted when there is fluid in the ear and the recipient may not like the way the sound “sounds”.

This week I have experienced 7 days of having a child who has temporarily chosen not to have the wonder of technology to give him access to our loud world. Up until now Harry has been hearing so much that I have almost taken for granted his ability to absorb speech and sound and communicate with us all. We have been learning Auslan for only a few weeks now but can confess we have practised our new skills very little on Harry. This week has really tested me in terms of my ability to attract his attention and let him understand what is going on around him. Learning words in a language is not the same as sentences to give commands and explain or ask things. I have realised that we need to learn short commands and action words to be able to communicate with Harry in Auslan at his age. I have no doubt that once the infection has passed and he is wearing his CI’s again he will be full of new babble and sounds that he has time to process without interruption during this quiet period.